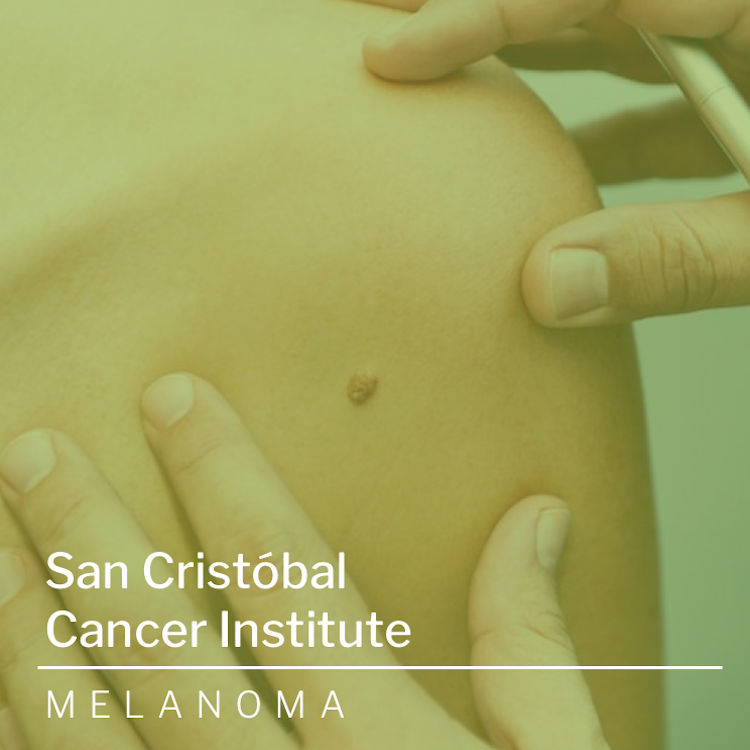 Melanoma, the most serious type of skin cancer, develops in the cells that produce melanin to the skin. Melanoma can also form in your eyes and, rarely, in internal organs, such as your intestines.

The exact cause of all melanomas isn’t clear, but exposure to ultraviolet (UV) radiation from sunlight or tanning lamps and beds increases your risk of developing melanoma. Limiting your exposure to UV radiation can help reduce your risk of melanoma.

The risk of melanoma seems to be increasing in people under 40, especially women. Knowing the warning signs of skin cancer can help ensure that cancerous changes are detected and treated before the cancer has spread. Melanoma can be treated successfully if it is detected early.

Melanoma is a cancer that forms in melanocytes, the skin cells that produce a brown pigment known as melanin. These are the cells that darken when exposed to the sun, a protective response to shield the deeper layers of the skin from the harmful effects of UV rays. But, unlike other forms of skin cancer, melanoma may develop in parts of the body not normally exposed to sunlight, such as the groin or bottoms of the feet. It may also form in the eye.

The most common melanomas are cutaneous, which develop on the skin, particularly in areas exposed to the sun. In men, the most common sites for melanoma are the chest or back. In women, the legs are affected most frequently. However, melanomas are also commonly found on the neck or face. Melanoma may also be found on parts of the body not usually exposed to the sun. Types of melanomas include:

Melanomas can develop anywhere on your body. They most often develop in areas that have had exposure to the sun, such as your back, legs, arms and face. Melanomas can also occur in areas that don’t receive much sun exposure, such as the soles of your feet, palms of your hands and fingernail beds. These hidden melanomas are more common in people with darker skin.

The first melanoma signs and symptoms often are:

Melanoma doesn’t always begin as a mole. It can also occur on otherwise normal-appearing skin.

Cancerous (malignant) moles vary greatly in appearance. Some may show all of the changes listed above, while others may have only one or two unusual characteristics.

Hidden melanomas: Melanomas can also develop in areas of your body that have little or no exposure to the sun, such as the spaces between your toes and on your palms, soles, scalp or genitals. These are sometimes referred to as hidden melanomas because they occur in places most people wouldn’t think to check. When melanoma occurs in people with darker skin, it’s more likely to occur in a hidden area.

Sometimes cancer can be detected simply by looking at your skin, but the only way to accurately diagnose melanoma is with a biopsy. In this procedure, all or part of the suspicious mole or growth is removed, and a pathologist analyzes the sample. Biopsy procedures used to diagnose melanoma include:

The type of skin biopsy procedure you undergo will depend on your situation. Doctors prefer to use punch biopsy or excisional biopsy to remove the entire growth whenever possible. Incisional biopsy may be used when other techniques can’t easily be completed, such as if a suspicious mole is very large.

If you receive a diagnosis of melanoma, the next step is to determine the extent (stage) of the cancer. To assign a stage to your melanoma, your doctor will:

Cancer can still recur or spread, even if the sentinel lymph nodes are free of cancer. Other factors may go into determining the aggressiveness of a melanoma, including whether the skin over the area has formed an open sore and how many dividing cancer cells are found when looking under a microscope.

Melanoma is staged using the Roman numerals I through IV. A stage I melanoma is small and has a very successful treatment rate. But the higher the numeral, the lower the chances of a full recovery. By stage IV, the cancer has spread beyond your skin to other organs, such as your lungs or liver.

The best treatment for you depends on the size and stage of cancer, your overall health, and your personal preferences.

If you’d like to learn more about Melanoma through our San Cristóbal Education Resources, attend our events or learn about our Cancer Center, please contact us.